​​Atletico Madridhave reportedly turned down a loan bid from Inter for full back Sime Vrsaljko. The Croatian is attracting a lot of interest from both Italy and the ​Premier League, and Atletico will only contemplate letting him go on a permanent deal.

The World Cup is essentially a shop window. With all eyes fixed on football’s biggest tournament, every player has the opportunity to impress any potential suitors during the time in the competition. One team that certainly is impressing is Croatia, and right back Sime Vrsaljko is giving a brilliant account of himself on an individual level. 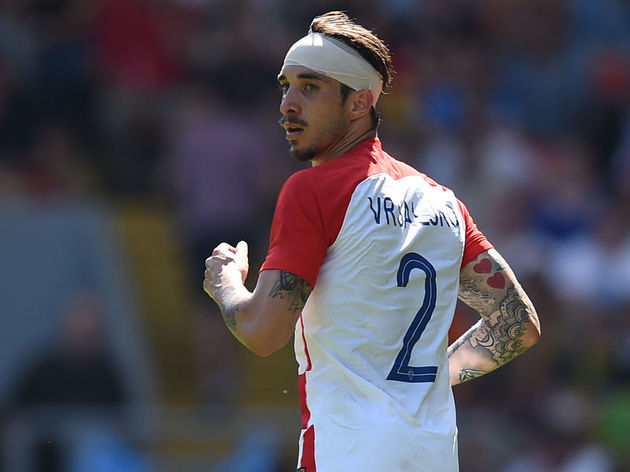 And it hasn’t gone unnoticed. According to Sky Italia (viaFootball Italia), ​Inter are one of many admirers of the 26-year-old, and are in the market for a new right back after ​Juventus acquired Valencia full backJoao Cancelo from under I Nerazzurri’s noses.

However, their initial attempts at signing Vrsaljko have been rebuffed by Los Rojiblancos. I Nerazzurri submitted a loan offer with the option to buy the player at the end of next season, but it was immediately declined.

According to the report, Atleti will only allow their player to leave is he is bought, and the club are demanding a fee somewhere in the region of€25-30m for his services.

With lots of teams eyeing up Vrsaljko – ​Napoli also thought to be joining the interest from England – Atletico hold all the cards. They’ll happily keep hold of the player, who recently revealed he is happyin the Spanish capital. If anyone is desperate enough to sign Vrsaljko, they almost certainly have to stump up the sizeable fee demanded from the Spanish giants.